Home » Yoga at the Spa

Yoga at the Spa 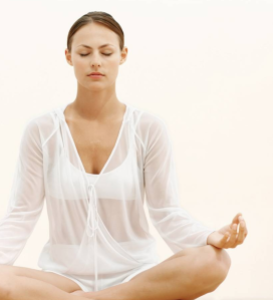 Yoga is an ancient system of relaxation, exercise, and healing with origins in Indian philosophy. Early descriptions of yoga are written in Sanskrit, the classical literary language of India. The first known work is “The Yoga Sutras,” written more than 2,000 years ago, although yoga may have been practiced up to 5,000 years ago. The initial concepts have been adapted over time through translation and scholarly interpretation, but the fundamental principles describing the practice of yoga in the quest of the soul remain largely intact.

Yoga has been described as “the union of mind, body, and spirit,” which addresses physical, mental, intellectual, emotional, and spiritual dimensions towards an overall harmonious state of being. The philosophy of yoga is sometimes pictured as a tree with eight branches. These eight limbs are: pranayama (breathing exercises), asana (physical postures), yama (moral behavior), niyama (healthy habit), dharana (concentration), prathyahara (sense withdrawal), dhyana (contemplation), and samadhi (higher consciousness). There are several schools of yoga practice, such as hatha yoga, karma yoga, bhakti yoga, and raja yoga. These schools vary in the proportions of the exercises of the eight limbs. However, they are all similar in working towards the goal of self-realization and control of mental, physiological, and psychological parameters through yogic experiences. In the United States and Europe, hatha yoga is commonly practiced, including pranayama and asanas.

Yoga is often practiced by healthy individuals with the aim to achieve relaxation, fitness, and a healthy lifestyle. Yoga has also been recommended and used for a variety of medical conditions. Yoga techniques can be learned in classes or through videotape instruction. Classes last from 30 to 90 minutes and are offered at various skill levels. There is no widely accepted credentialing for yoga instructors.